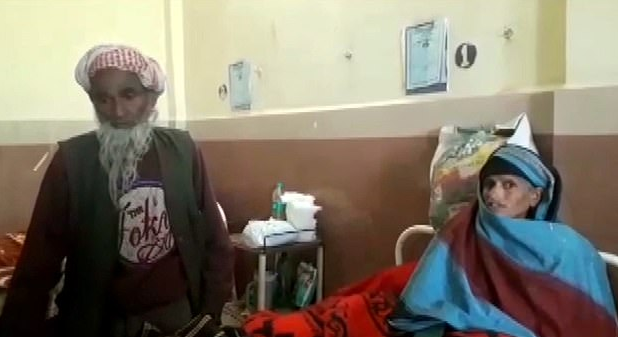 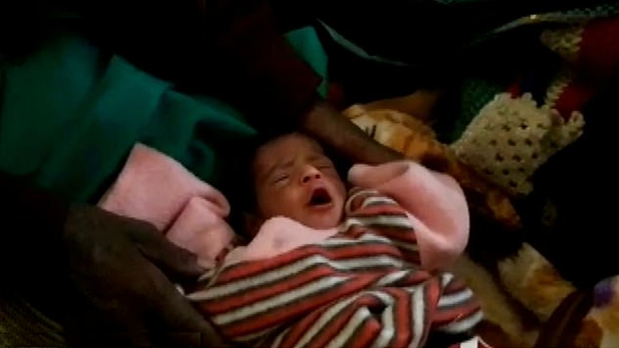 The other day, a mother, whose name was not named, gave birth to a girl in a hospital in Punche (Poonch), the Indian state of Jammu and Kashmir, where she was brought with labor pains. The father of the child, 80-year-old Hakim Din, thanks Allah, but says that he now needs money to lift the child to his feet. The couple already have one child aged 8 to 10 years.

On Wednesday late afternoon, she gave birth to her second child. Her husband Hakim Din, 80 thanked Almighty Allah for blessing them with this “precious gift”. He appealed the administration to provide all possible help in feeding their child properly and also in her studies in the future. Dr Shahnaza, the gynecologist at the hospital, said the condition of the mother as well as the baby is stable. Both are healthy, she added. The chief medical officer Dr Mumtaz Bhatti told that the 65-year-old woman gave birth to the baby girl and assured help regarding treatment and other healthcare needs.

Pregnancy over age 50 has, over recent years, become possible for more women, and more easily achieved for many, due to recent advances in assisted reproductive technology, in particular egg donation. Typically, a woman’s fertility ends with menopause, which is 12 consecutive months without having had any menstrual flow at all. During menopause, the menstrual cycle and the periods become irregular and eventually stop altogether, but even when periods are still regular, the egg quality of women in their forties is lower than in younger women, making the likelihood of conceiving a healthy baby also reduced, particularly after age 42. It is important to note, that the female biological clock can vary greatly from woman to woman, since the level of women fertility is always individual.

Until now, the most elderly mother, who became pregnant and gave birth naturally, was officially considered the English woman Don Brooke (Dawn Brooke), who gave birth to a son at the age of 59 years in 1997, as evidenced by the Guinness Book of Records.

Based on The Daily Mail