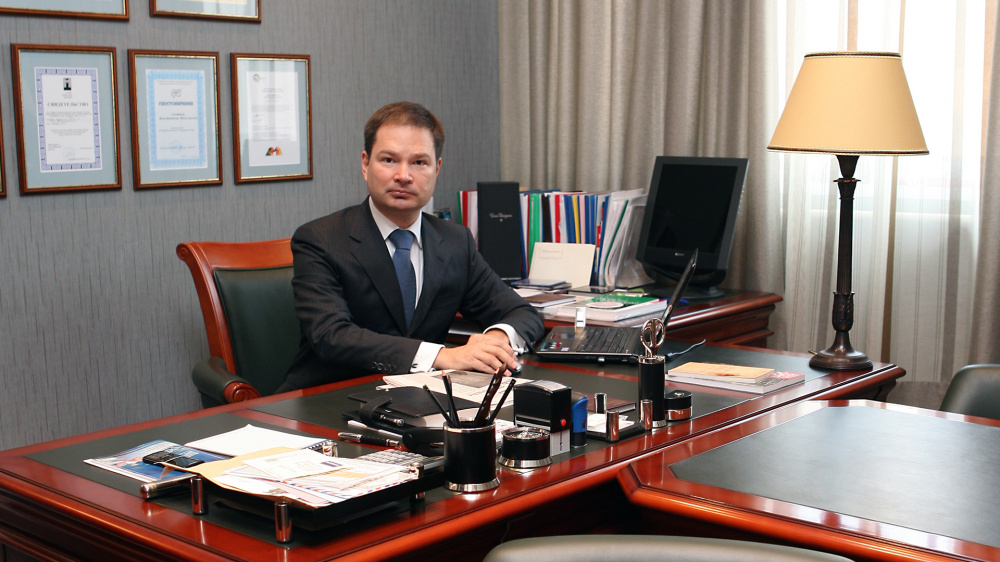 This is my philosophy, principles, and beliefs, which I have defended in Russia over the past 25 years. This is precisely why the Russian Federation, represented by its Investigative Committee, is persecuting me, my family, my friends and my colleagues.

On the first day of the New Year 2021, Konstantin N. Svitnev, CEO of Rosjurconsulting law firm, called the first reprodissident in Russia, gave an extensive interview to us. We talked about surrogacy, his beliefs and his struggle to recognize the right to procreation as an inalienable human right. We publish some of the most important theses.

The purpose of our life is to make it better. As George Bernard Shaw once put it, “We have no right to consume happiness without producing it…”

All people are born equal, endowed with equal rights and should have equal opportunities to exercise them.

The first among other equal human rights is the one to parent a child, to continue one’s family line. This is a natural, inalienable human right given to a person from above, ensuring the continuity of generations, the sustainable and progressive development of our society and the entire civilization.

Any person has the right to parent a child, to continue their family line regardless of gender, marital status, or sexual orientation.

I was the first to introduce this concept into everyday life in Russia, being at the forefront of the struggle for family, motherhood, fatherhood and childhood. This is how I have become the first reprodissident in Russia and the world.

The birth of a child is not a crime; it never was and never will be. There are no “wrongly” conceived and “criminally” born children.

God said, “Be fruitful and multiply.” He did not specify precisely how, in what way we should do it. But he gave us all the possibilities, all the means for this, including medically assisted reproduction.

The birth of any child pleases God, regardless of how this child was conceived.

Every child is a unique chance to change this world for the better. Every child born is a message that God loves us and gives the world a new chance.

Each and every child who hasn’t be born is a missed opportunity to make this world better, a shut down window of unrealised possibilities and dreams that would never come true. A new and so possible reality that would never be real.

A real family is formed only when a child is born — a real, not an invented society staple.

Infertility, childlessness as a diagnosis, no longer exists. Everyone can become a parent with the help of ART, including surrogacy.

Surrogacy is a panacea; it’s like a pill for infertility, for childlessness, regardless of whether medical or social reasons cause it.

Adoption has nothing to do with surrogacy. A child already born is adopted by people who have no genetic link to the baby. Surrogacy programs are used specifically to give birth to a child genetically related to his or her parents.

The opportunity to parent a child using assisted reproductive technologies, including surrogacy, is not a privilege of the elite, but the right of all.

Art. 19 of the Russian Federation’s Constitution establishes equality for all citizens, regardless of their marital status and natural properties, and explicitly prohibits discrimination on any grounds. A single, unmarried woman has the right to continue her family line and become a mother under a surrogacy program, meaning that a single man has the same right to become a father through surrogacy as well.

In 2009, I became the first lawyer in Russia to prove in a St. Petersburg court that single, unmarried women could become mothers under a surrogacy program.

In August 2010, I also became the first Russian lawyer to prove in a Moscow court that single, unmarried men could parent a child and form their own family through surrogacy in Russia.

This is my primary, most important legal victory, the main achievement in my life, of course, after the birth of my four children.

So called “authorities” are trying to deprive people of their right to decide when and how they can become parents. They are trying to introduce, and are de facto already introducing a “permissive-prohibitive” order of childbirth, when not intended parents, but “authorities” decide who has the right to be a parent, and who has not; who might be allowed to continue their family line, and who should be denied this right, and thus should be banished from the IVF clinics.

There is an unprecedented and rude interference of the state in the holy of holies, personal, family, intimate life of a person, an attempt to control the sphere of childbirth.

Anyone happy with their personal life is not interested in someone else’s intimate life. The door to the bedroom and nursery must be always closed.

People are initially focused on procreation. This is our nature, our natural purpose. And the natural desire to continue one’s family line, to become a parent, does not and should not depend in any way on sexual orientation.

My gay clients want to become parents to continue their family line, and I will always do my best to make this dream come true.

When a gay person wants to become a parent, raise and educate a child, it is absolutely normal.

The demographic results of the past 2020 are terrifying. Back in the summer of 2020, I predicted a natural population decline (the surplus of deaths over births) at the end of the year at the level of half a million people. I was wrong. The reality has already surpassed my darkest expectations. According to official data from the Federal State Statistics Service, only for the period between January and October of 2020, 468,000 more people died than were born. This is 80% (EIGHTY PERCENT) more than in the same period last year. This is the population of a large city such as Tver’ (425,000), Sochi (444,000) or Sevastopol’ (449,000), Kursk or Stavropol’ (450,000).

This year we ALREADY have lost one such city. As if some unknown force swept it away from the face of the Earth with its entire population, from older people to newborns.

Given the circumstances, to speak about the prohibition of surrogacy or the introduction of any restrictions or bans for specific categories of citizens – based on gender or marital status – is demographic sabotage, an attempt on Russia’s demographic security.

It is necessary at the state level to develop support measures for all citizens who would like to become parents using medically assisted reproductive technologies (MART), including surrogacy. Meanwhile, the illegal persecution of doctors and employees of surrogacy agencies must stop.

The only “problem” of surrogacy in the Russian Federation is the law enforcement agencies’ position. Law enforcers arranged a raid on ART that is legal and has been progressively developing in Russia since 1995.

Let’s speak about real problems in surrogacy’s legal regulation. Not the ones made up by “investigation” officers. Being an expert in this field, I can state that there are only three of them:

The desire to become parents, continue your family line, start a family and raise your child is not a crime. It is a crime to deny people such a right, forcing them to go “for a child” to a foreign country across the ocean. Russian children should be born in Russia, not in America. It is a crime to force people, who have already become parents in Russia, to flee with their children from our country, saving their lives and the lives of their children, and protecting themselves from the persecution of the Russian Federation’s Investigative Committee officials who have lost their minds, honor and conscience.

This is my philosophy, principles, and beliefs, which I have defended in Russia over the past 25 years. This is precisely why the Russian Federation, represented by its Investigative Committee, is persecuting me, my family, my friends and colleagues.