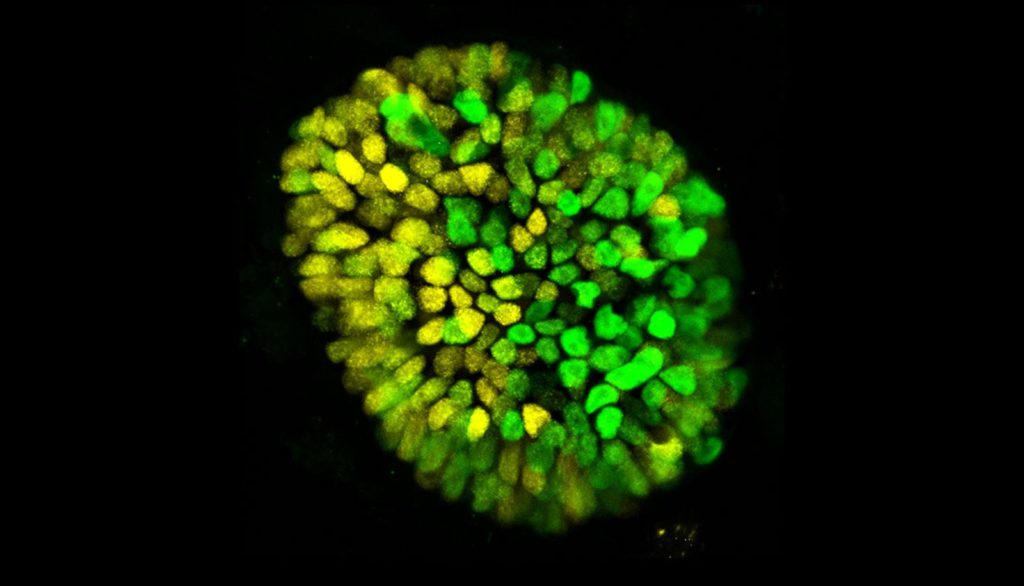 The earliest stages of life are the most curious from both theological and biological standpoints. A developing human embryo undergoes myriad of rapid changes which are extremely difficult to study as they happen inside the woman’s body. To study embryonic growth and to better understand its mysterious transformations the researchers created a special tool that will allow them to get closer to the embryo.

This tool was developed in the labs of Rockefeller University professors Ali H. Brivanlou and Eric D. Siggia. In 2014 they used stem cells to model embryo’s development for the first time. However, this concept had its limitations, as conventional stem cells are two dimensional and do not take on the actual shape of an embryo. The researchers were therefore limited in getting the key answers related to the embryo’s structure, for example, how it gets attached to the uterus.

To address this and similar issues, Brivanlou and Siggia developed a 3D model simulating an approximately 14-day-old human embryo. During this stage of development a key milestone of embryonic development takes place, cell movements result in a massive reorganization of the embryo from a simple spherical ball of cells into a multi-layered organism.

“We combined several techniques – bioengineering, physics, and developmental biology – to create this model,” explain researchers. “We now have a 3D system that mimics not only the embryo’s genetic fingerprint, but also its shape and size.”

For scientific purposes making a model that looks like a real embryos is not as important as making a model that acts like one. The researchers tested whether their system could simulate one of the most fundamental processes in animal development – a phenomenon known as symmetry breaking, which allows us to have heads that don’t look like our feet and arms that are different from our legs. Surprisingly, after exposing their model to chemical signals that placenta releases at this stage during pregnancy, the model reacted just like an embryo would.

These findings have very practical implications. Now scientists can study pregnancy complications and pathologies in embryonic development. Perhaps many unknown questions will get answered soon.