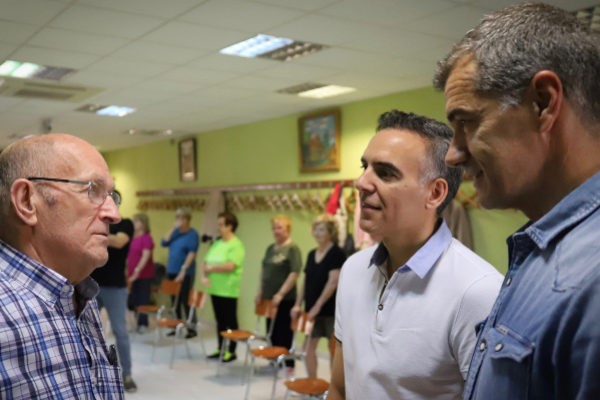 The leader of the regional office of Ciudadanos party in Valencia Tony Canto accused Ministry of Justice. He claimed that ministers deliberately don’t want to recognize babies born to Spanish citizens by surrogates abroad.

Ciudadanos is the center-right political party in Spain that supports legalization of surrogacy. They believe that parents who have children born via surrogacy should not have to queue at the doors of the civil registry and beg the officials to recognize their babies. However, as surrogacy is not legal in Spain at the moment, it is impossible to register a child’s birth to both parents without the surrogate mother having to be named as one parent. Going through this cumbersome and long process can mean a baby effectively has no identity for some time, and potentially no healthcare rights. Tony Canto mentioned at least three cases when the Ministry of Justice refused granting citizenship to children born to Spanish families by surrogates in Ukraine.

The party activists want to call the government on the carpet and make them realize how big of a trap exists nowadays for people who use surrogacy. The government authorities should feel sympathy towards people who were forced to fly abroad and conceive babies there and it is illegal in Spain. According to them, it is a shame to ban surrogacy in 21st century when the concept of traditional family has greatly transformed. Women should have a full autonomy of their bodies and rights to decide if they ant to carry a baby for someone or not.

Recently, 60 Spanish couples were trapped in Ukraine after they realized they couldn’t come back to Spain with their babies born via surrogacy. Some of them had to stay in a foreign country for weeks and even months waiting till the consulate sorts it out.

Konstantin Svitnev, CEO of Rosjurconsulting law firm and a well-known expert in surrogacy and reproduction law believes that the progress is unstoppable. “In five years the surrogacy will be legalized in Spain and France, in another five years Germany, Austria and Switzerland will join them”, concluded Mr. Svitnev.